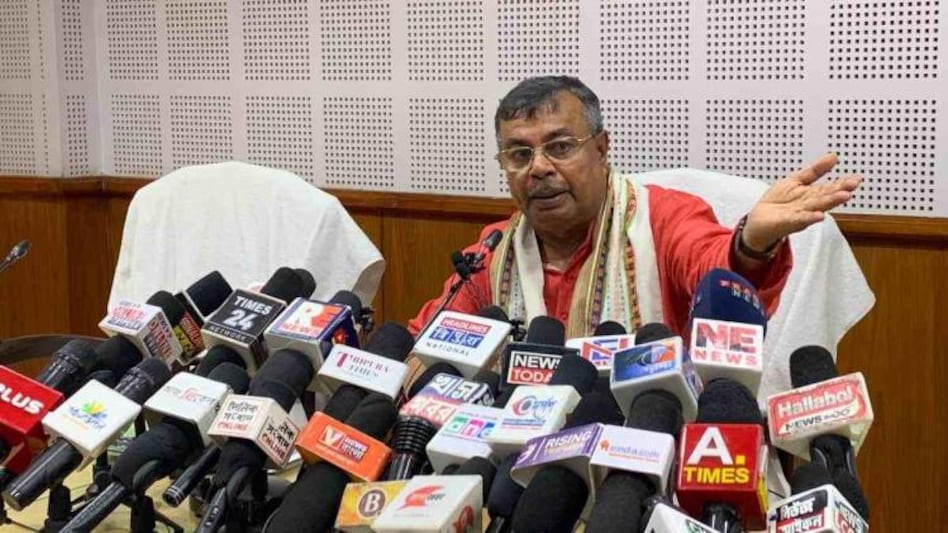 Speaking to the media at the state secretariat, Nath said that one of the priority sectors of the BJP-IPFT has been quality education and improving the higher education facilities in the state.

Further the minister claimed that ever since the new government came to power in 2018, it took several innovative decisions including setting up colleges under Public Private Partnership (PPP) model.

Nath added that though initially few parties participated in the tenders inviting renowned educational firms who are willing to be private partners to come and invest in Tripura and which was floated in October 2020, due to the pandemic it was not much success but now two private colleges are starting their journey - a law college at Jirania and a degree college at Kakraban in PPP model.

“The state government has provided the building and shall have 33 percent reservation for free admissions in both colleges. With the starting of a total of five colleges, larger the pressure on the existing colleges shall reduce and students are also going to be benefitted. We have also initiated recruitment process for a large number of college teachers beside appointment contractual guest faculty to meet the demand for teachers," said the Education Minister.

He informed that three other general degree government colleges are being set up at Old Agartala Rural Development (RD) block beside an English Medium college named after Indian Maharshi and philosopher Sri Aurobindo in the old building of SCERT in West Tripura and a general degree college at Panisagar in North Tripura.

All three government colleges have obtained provisional affiliation from the Tripura (central) university.

In Tripura beside a few private, at present, there are 22 government degree colleges, a law college, an art and craft college, a music college, a state university, two medical colleges (one run by society), two BEd, and one engineering college managed and operated by the state government here.