As per the latest report received from the State Revenue Department there are 15 designated locations identified for the settlement of Bru migrants. 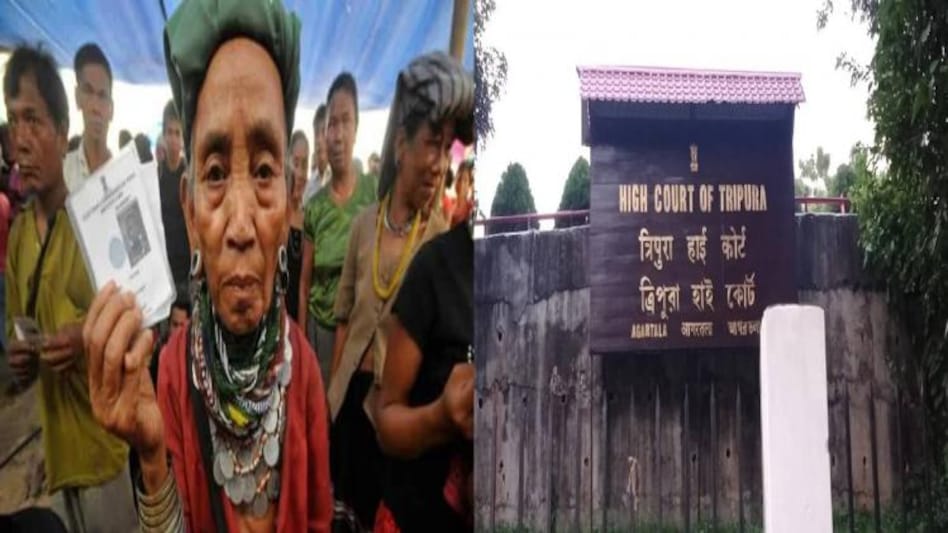 The Tripura High Court has directed the state election commission to enrol names of the voters belonging to the Bru community, who have been re-settled in the state, in the Tripura electoral rolls before the village council elections in November.

Responding to the petition filed on behalf of the Bru community residing within TTAADC area, the High Court made this observation “It is not disputed that consequent upon serious ethnic violence in Mizoram between the Reangs and Mizo communities, the influx of Bru (Reang) families living in Mizoram (particularly from Mamit, Lunglei and Kolasib Districts) occurred in Kanchanpur Sub-Division under North Tripura District in two phases (from October, 1997 till September, 1998 and second in November, 2009), 2 total influx of Bru migrants involved 7,364 families consisting of 38,072 persons and they are settled in seven relief camps in North Tripura District.”

“It is the grievance of the petitioners that as per the Agreement, the State Election Commission (for short, “SEC”) is under obligation to include their names in the electoral rolls for any election conducted in the State of Tripura and without including their names in the electoral rolls, no election can be conducted. They have become the voters of this country as well as this State. It is further stated that the petitioners have every right to exercise their franchise like other citizens of the country.

Citing a report received from the State Revenue Department, the Tripura High Court further states, “As per the latest report received from the State Revenue Department there are 15 designated locations identified for the settlement of Bru migrants. Till date 5009 persons have been enrolled out of approximate 21703 eligible Bru migrants at different location. It is further revealed that enrollment of Bru migrants are being done where house constructions are completed and the families have been provided with the RoR which are being done by concerned Block Development Officers.”

“The Electoral Registration Officers are ready to enroll the names of Bru migrants subject to completion of house constructions and where issues like record of residence are solved by the concerned Block Development Officers. It is also observed in the said communication that the Electoral Registration Officers are sending daily reports regarding the enrollment of Bru migrants who are being enrolled on the basis of RoR and house constructions are already completed,” responded the Court.