In October this year, the state police had also seized drugs whose market value was 4 crore and nabbed two persons along the Assam-Tripura border. 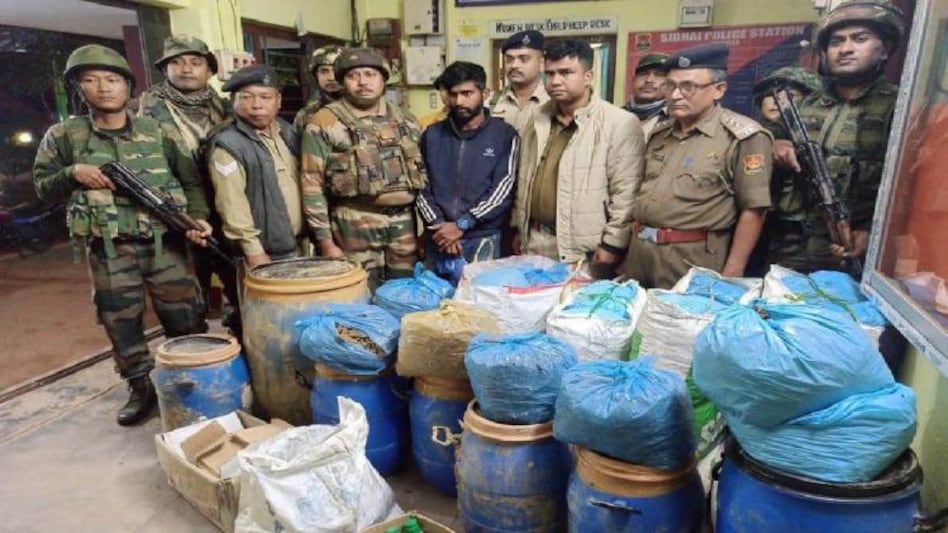 In a major crackdown, the Tripura Police on November 18 seized 186 kg of drugs and apprehended one person in connection with the matter.

The seizure was made during a joint operation with Assam Rifles, wherein, a drug syndicate was busted leading to the arrest of the person.

The arrested person was identified as Amalesh Pal, a resident of Kunaban under the Madhupur Police station.

''Based on a specific input a joint raid was carried out by Sidhai PS along with 29 BN Assam Rifles at Hezamara and recovered approx. 186 kg semi-dry ganja (worth Rs.9 lakhs) and arrested one Amalesh Pal of Kunaban, PS-Madhupur. An investigation under NDPS Act has been initiated,'' West Tripura District Police tweeted.

In October this year, the state police had also seized drugs whose market value was 4 crore and nabbed two persons along the Assam-Tripura border.

The police raided a car on National Highway 8 connecting Assam Tripura in the Badarpur area and seized 621 grams of heroin.

The arrested persons were identified as Islam Uddin, a resident of the Nilam Bazar area, and Hussain Ahmed.

Besides this, the police also seized the vehicle bearing registration number AS 10 D 7320.

As per reports, the drugs were supposed to be brought from the Burma border to the Nilam Bazar area but during the operation, the two alleged traffickers were arrested.