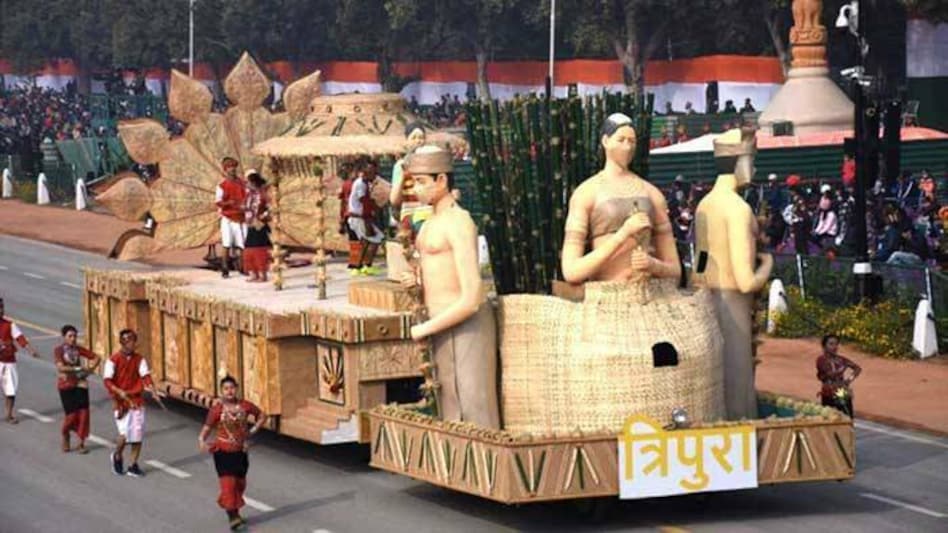 NEW DELHI: The tableau of Tripura was adjudged the second best tableau among the participants of the Republic Day Parade 2021 in New Delhi on January 26.

Union minister for youth affairs and sports Kiren Rijiju today gave away awards. Uttar Pradesh was adjudged the best tableau among the 32 tableaux.

The tableau of Tripura depicted the eco-friendly tradition for achieving self-reliance (Atmanirbhar) in socio-economic parameters.

Tripura is home to 19 communities and a rich resource of bamboo supporting 21 species of the world.

The tableau showed a rich heritage of bamboo species and communities displaying their traditional attire, wearing masks made of bamboo and cane products.

“Delighted to know that the magnificent tableaux of our beloved Tripura that took part in the #RepublicDay parade has won the second prize. Heartiest wishes to 37 lakh people of the state on this occasion. Congratulations to all stakeholders who contributed to this achievement,” Tripura chief minister Biplab Kumar Deb tweeted.

There were 17 from states and Union Territories (UTs), nine from various ministries/departments and paramilitary forces and six from the ministry of defence, depicting the nation’s rich cultural heritage, economic progress and defence prowess that rolled down the Rajpath on Tuesday.

‘Dev Bhoomi’ - ‘The Land of the Gods’, the tableau of Uttarakhand was named third among the states and UTs.