Slamming BJPs further, the CPI (M) General Secretary asserted that the state has been witnessing violence and hatred only because the majority of common people don't believe in the ideology of the BJP. 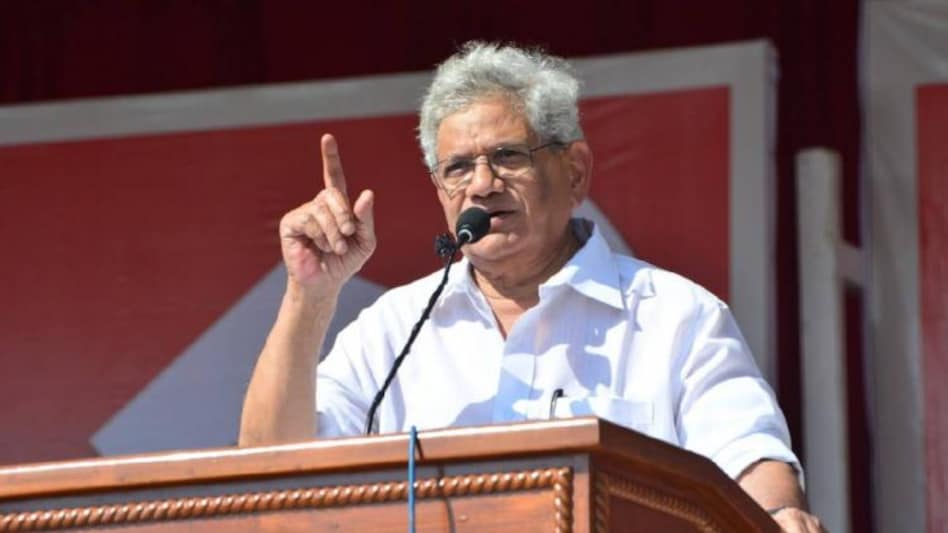 ''Democracy and economic prosperity have been destroyed allegedly by BJP ever since the party formed government in Tripura,'' said Yechury while addressing a rally in Tripura.

Further giving an example of the horse of Ashvamedha in Ramayana, he said the way the horse was prevented by two brothers Lav and Kush, in a similar manner Modi will be prevented in the upcoming 2024 elections by two brothers of the nation -- Farmers and Labourers.

''However, when it comes to Tripura Assembly elections, here the two brothers such as the tribal and non-tribal need to fight against the saffron party in order to build communal harmony,'' he added.

Slamming BJPs further, the CPI (M) General Secretary asserted that the state has been witnessing violence and hatred only because the majority of common people don't believe in the ideology of the BJP.

''No promises on development made by the BJP before coming to power were fulfilled,'' he alleged.

He also requested masses not fall prey to any of their (BJP) designs and opposed all undemocratic practices by them unitedly to save the future of Tripura in upcoming elections.

''The state has witnessed peaceful elections in the past during the left front regime but now under BJP, the elections have turned into a horror,'' Yechury added.

Meanwhile, BJP has appointed Mahendra Singh, a former minister in Uttar Pradesh, as its election in-charge for the Tripura Assembly elections.

As per reports, the appointment was made by the BJP's national president JP Nadda.

In addition to this, Rajya Sabha MP Samir Oraon has been appointed as co-in-charge for the elections.

The politics in the state has also intensified as one MLA of BJP-IPFT named Dhananjay Tripura resigned from his post a few days ago.

Notably, he is the second IPFT MLA to quit the party in the last year.

In the 2018 assembly elections, out of 60 assembly seats in the state, the BJP won 36 seats while the IPFT won eight. With the resignation of Dhananjay Tripura, the number of IPFT MLAs came down to six.