The boxer who was taking part in the Elite Men's National Boxing Championship in the 63.5 kilograms category, defeated Ankit Narwal to clinch the gold medal. 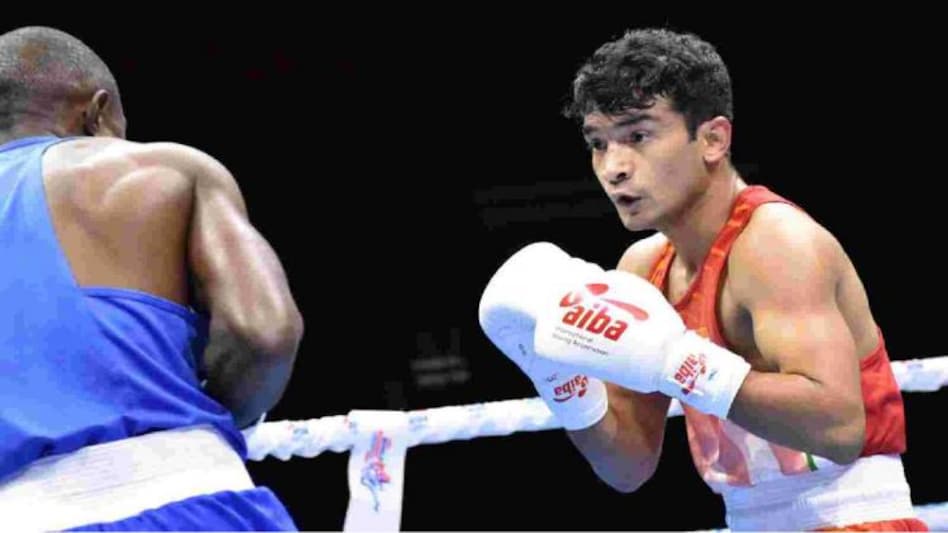 Ace Boxer from Assam, Shiva Thapa, on January 8 landed in Guwahati after grabbing a gold medal at the National Boxing Championship.

Thapa reached Lokpriya Gopinath Bordoloi International Airport (LGBIA) in Guwahati from Hisar in Haryana where he made brought laurels to Assam with his gold medal.

The boxer who was taking part in the Elite Men's National Boxing Championship in the 63.5 kilograms category, defeated Ankit Narwal to clinch the gold medal.

The final was played on January 6 in Haryana's Hisar where Thapa was among one of the favourites in the tournament.

Thapa, who was representing Assam in 63.5kg beat Jaswinder Singh of Delhi in his Round-of-16 bout. Thapa utilized his experience to dominate the bout and secured the win by unanimous decision.

Following this, he faced the winner of the bout between Sanu T of Kerala and Ashutosh Kumar of Punjab in his quarter-final bout on January 4.

On the other hand, Tokas who was representing Railway Sports Promotion Board (RSPB) in the 67kg category, defeated Jai Singh of Chhattisgarh and put up a stellar performance. Tokas with his punches dominated his opponent and managed to keep him quiet throughout the bout.

Eventually, he sealed a well-deserved 5:0 win and faced the ring against the winner of the bout between All India Police's Nishchaya and Haryana's Aman Duhan in the quarterfinals on January 4.

Besides this, the 2019 Asian Games silver medallist Ashish Kumar (80kg) from Himachal Pradesh also progressed to the Round of 16 stages as he defeated Rajasthan's Sumit Poonia 5:0 win.