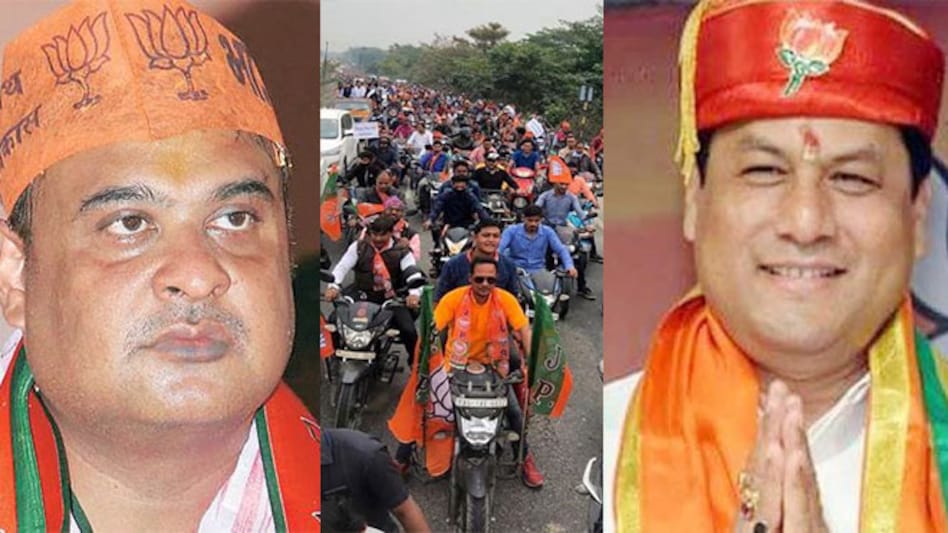 Assam’s ‘Jatiya Nayak’ CM Sarbanada Sonowal Finance Minister Himanta Biswa Sarma seems to have found an answer to the black flag protests which have greeted the BJP man at every turn ever since the BJP have made their stand clear on imposing the controversial Citizenship (Amendment) Bill in the state.

After being shown black flags at Rangia’s Kalmani, Biswa Sarma and CM Sonowal have taken full measures to ensure that such an embarrassing scenario doesn’t present itself again. In a road show meant to exhibit the BJP’s strength amid rising suspicion that the protests against the CAB are getting under the skin of Biswa Sarma and CM Sonowal, scores of BJP workers riding motorbikes and waving the BJP flags accompanied the duo’s convoy. It is to be metioned that many supporters of the Citizenship (Amendment) Bill such as Ranjit Kumar Das, Biswa Sarma and CM Sonowal themselves as well as

The government has taken many steps to stop the black flag protests. All black clothing items were banned from the Republic Day celebrations held in Guwahati’s Veterinary field. Apart from that, black cloth has also been banned at Dispur’s ‘Janata Bhavan’. In recent speeches, Biswa Sarma has also taken digs at the protestors and made fun of the media personnel for running along with the protesters to capture footage.