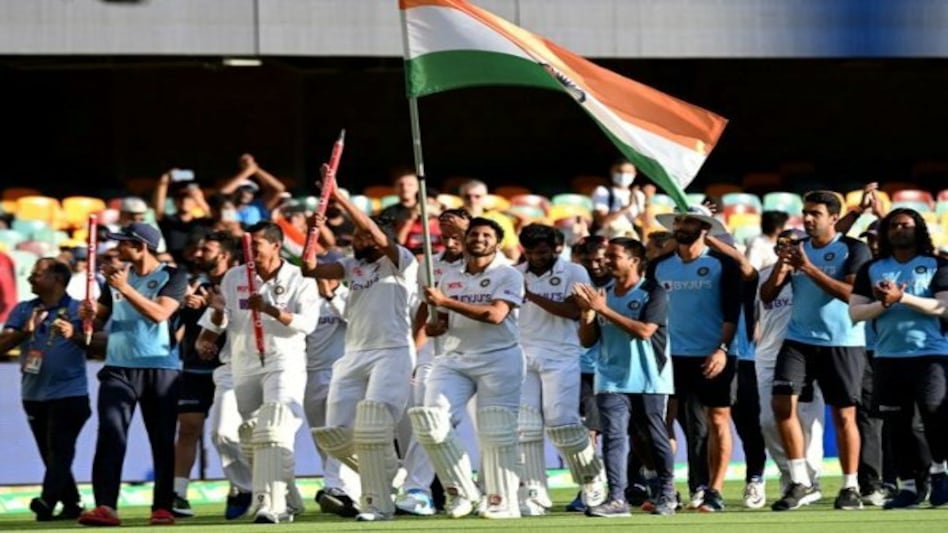 This was also Australia’s first defeat at the Gabba since 1988.

With a record victory target of 328, India achieved it with three wickets left to be spared thanks to the efforts of Pant on the final day of the last of the four-Test series to retain the Border-Gavaskar Trophy.

It was all but an uphill task for a visiting side that missed the services skipper and several other snior players to score 324 more runs after they dismissed the hosts for 294 on day four yesterday.

Pat Cummins scalped the prized wicket of Rohit Sharma cheaply on his way to four for 55, but it brought Cheteshwar Pujara in who stitched a 114-run partnership with opener Shubman Gill for the second wicket before Gill fell nine short of a century.

Nathan Lyon ended Gill’s innings which included eight fours and two sixes. When stand-in skipper Ajinkya Rahane was caught behind for 24, the Indians had little in hand to lose.

Wicketkeeper-batsman Pant, however, was beyond his average. After Cummins caught Pujara in front for 56, the 23-year-old continued to give a brave fight.

Debutant Washington Sundar added a breezy 22 and helped take 11 off Cummins to kick start India into action with time running out.

It made the equation 39 off 42 and Pant moved into Twenty20 mode slamming Lyon for back-to-back boundaries.

While Sundar and Shardul Thakur departed, a drive by Pant to the boundary off Josh Hazlewood sealed a three-wicket victory for India to leave Australia gapping.

"After the hard-fought win at The Gabba, India move to the No.1 spot in ICC World Test Championship standings. Australia slip to No.3," the ICC tweeted.

India have played 13 matches in five series, winning nine and losing three Tests. The team has got 71.1% of the total possible points.

England and South Africa are at the fourth and fifth spots respectively in the standings, updated after the fourth Test at the Gabba here.