Meghalaya Chief Minister Conrad Sangma labelled TMC as an 'outsider' party, much, in the same way, TMC had labelled BJP in the West Bengal polls. 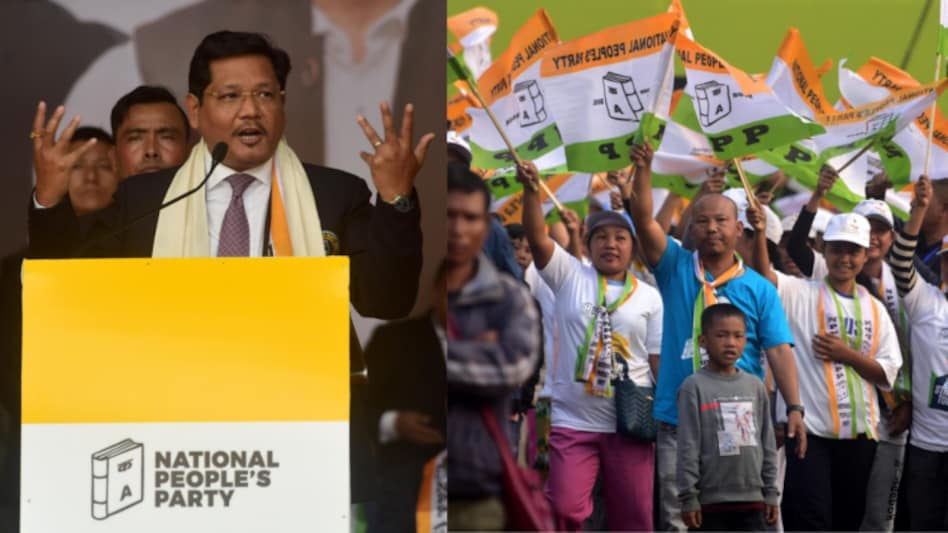 Kick-starting his party's poll campaign for the Meghalaya election, Chief minister Conrad Sangma, who is also the national president of the National Peoples' Party ( NPP) took a leaf out of TMC's book to counter the TMC's charges against him and his party at Chenanggre Stadium Adokgre in 37 no. Kharkutta Constituency, North Garo Hills District of Meghalaya.

It is to be mentioned that the name of the stadium has been derived from the word coined during late Purno’s election rallies at Adokgre. He had named Adokgre as Chenanggre, which means land of victory.

Sangma labelled TMC as an 'outsider' party, much, in the same way, TMC had labelled BJP in the West Bengal polls.

"We have great respect for the TMC leader Mamata Banerjee as she had once supported my father and she has huge respect for the late PA Sangma but in politics, TMC is new in Meghalaya and they will need a lot of time to create any sort of impact here. Their leaders are all old players, who have come from congress and have got scope to serve Meghalaya when they're in congress but have failed. TMC is yet to understand the northeast and its people they would need time, they are an outsider in Meghalaya just like TMC had claimed BJP and other national parties were outsiders in Bengal elections"

Sangma said while launching his party campaign at Adokgre in North Garo hills, an emotional location since his father late PA Sangma always used to start his poll campaign from Adokgre.

Refuting the TMC party allegations, Conrad Sangma said that those who are just now joining the TMC Party, most of them are already ready to leave the party just after the election.

Sangma and the NPP leaders also pushed the legacy of PA Sangma, one of the tallest national leaders ever from northeast India to counter Mamata Banerjee, whose party is contesting Meghalaya as a part of her national expansion plans.

" People of Garo hills should remember the late P.A Sangma and vote for the NPP. We have all joined the NPP to take his footprints forward. He is watching from heaven and Haro holds and Meghalaya is synonymous with his name" said deputy chief minister Prystone Tynsong.

Of the 60 total seats in Meghalaya, 24 are in the Garo hills region. Last week TMC Supremo Mamata Banerjee launched her party's poll campaign also from North Garo hills. In front of more than 20 thousand people, Conrad Sangma and other leaders gave their speeches.