The last ruler of the Manikya Dynasty and the 185th king of Tripura was Maharaja Bir Bikram. Besides being a patron of arts he was an accomplished musician.
There was an anecdote that illustrated his love for music. One day in Calcutta, Kumar S.D. Burman brought his guru; the celebrated classical singer Viswadev Chatterjee to Tripura House to meet the Maharaja. In the course of conversation, Sachin Karta mentioned that the Maharaja was a talented musician.
On hearing this Viswadev requested the Maharaja to kindly sing. However, the Maharaja did not concede but he agreed to play the harmonium for Viswadev. While the Maharaja played, the singer got so enthralled by the music that tears rolled down.
Later, he remarked that he had not heard or seen anyone play the harmonium with such finesse and dexterity. Viswadev himself was a master at the harmonium.
Tagore often recalled his relationship with the royal family of Tipura. In his acceptance speech when the title of ‘Bharat Bhaskar” was conferred upon him by Maharaja Bir Bikram; the poet once again brought up this topic. At the very beginning of his speech, he recollected his feelings at the death of Bir Chandra, *“At that moment my relationship with the royal family came to an end. It was surprising that this however, did not happen. The love and respect that his father showed to this young poet remained intact in his son Radha Kishore. Although at that period of time, he was troubled with deep financial problems; he did not forget me for even a single day. I have enjoyed his hospitality on various occasions. The road to friendship with a king is laid with many thorns of opposition and suspicions in many quarters, yet I never felt that his affection for me had ever diminished. He was always concerned that some around him may show disrespect to me. He even told me ‘I sincerely hope that you will be able to overcome all the obstacles that maybe put on the road of our friendship, so that we may remain good friends forever.’ It is for this reason during his short lifetime; I paid no heed to all the obstacles that came in my way.
This relationship which began with a young poet whose path to fame at that time was uncharted and the ruler of a glorious kingdom is perhaps rare in the history of literature” ( *translated by the author from Bengali version quoted in Rabindranath O Tripura)
In addition to being a connoisseur and benefactor of the arts Bir Bikram was an able administrator and the chief architect of modern Tripura.
His tours took him to distant lands and from there he picked up many things that he wanted to implement in Tripura.
He was a farsighted king who was able to adapt to the changes that were sweeping across the globe during his time and knew that if his kingdom was to flourish change was not only necessary but it was inevitable. India was about gain her independence from British colonial rule. He recognized the fact that in these circumstances if monarchy had to survive it had to become constitutional.
In 1941 AD he gave Tripura its first written Constitution. The objective of the constitution was to “inculcate in them (people) civic ideals of self- help, co-operation and devotion to the state.” In the proclamation he further stated, “That the governing and the governed in this ancient state may now join hands in a new spirit of co-operation”. Bir Bikram wanted modern thought to be the guiding spirit to bring about happiness and prosperity to Tripura. An outstanding feature of this constitution was the reservation of seats in the legislature for minorities, backward communities and laborers. He was a ruler who was much ahead of his times; for he believed that the hallmark of a civilized society was not to be found in the rule of the jungle that made way for the survival of the fittest. He sought to establish a rule of law that ensured the welfare of the weakest in the society.
Bir Bikram was deeply involved in town planning; he designed the main town square that was known as Kaman Chowhumani after Connaught Place in New Delhi.
The main bazaar which was known as the Maharajgunj bazaar was also planned by him. It was his dream to establish an educational institution of excellence in Tripura on the lines of Oxford and Cambridge. He built an institution by the name of Vidyapattan in Agartala which meant the foundation of knowledge but did not live long enough to see his dream translate into a reality. Bir Bikram lived only for thirty-nine years; he was born on 19th August 1908. It was on 19th August, 1927 that he formally ascended to the throne at the age of twenty in the presence of the Governor of Bengal Mr. Jackson. As the last ruler of the Manikya Dynasty; he ruled for nineteen eventful years.
He knew that his people had an interdependent relationship with their forests and realized that with changes that were approaching, there was an urgent need to protect them. In 1939 he reserved 530 sq miles of forest for them and in September 1943 he went on to reserve 1950 sq miles of plain lands for his indigenous hill people in order to encourage them to carry out settled cultivation. After his death these reservations were swept away.
In 1943 there was a severe famine in Bengal and once again the ruler of Tripura rose to the occasion. Bir Bikram ordered that food grains should be sufficiently stocked in the godowns to meet the challenge. A central food godown was set up at Agartala and smaller ones in the sub-divisions. At the time of this famine food grains were distributed at the cost price. Some state officials suggested to the Maharaja that the prices be marginally increased to meet the distribution costs but he replied, “In my hand I hold the Raj Danda (scepter) and not the measuring scales”. Numerous famine stricken people from the then East Bengal received food grains from these godowns set up in Tripura. 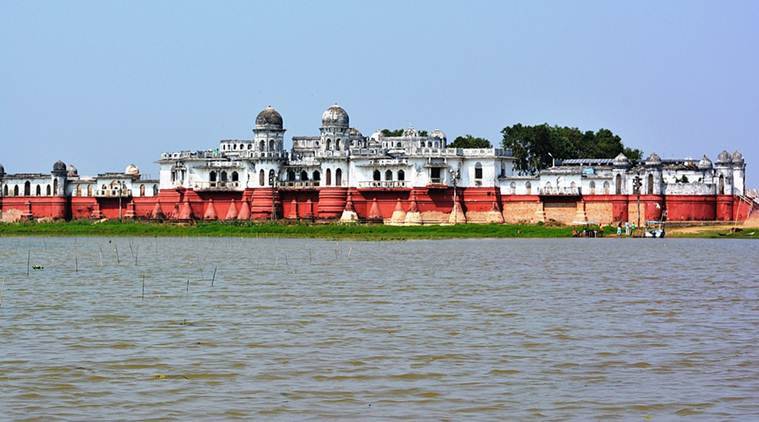 Maharaja Bir Bikram, the last ruler of the Mainkya dynasty was the most brilliant among the kings of Tripura, for he foresaw the transformation that was approaching and brought about many changes and development into his kingdom. He did this in the face of enormous turbulence that swept across India and Tripura. In spite of everything, Bir Bikram was a young king and the effervescence of youth could be seen in his work to build a modern state as well as in his musical compositions where his heart spoke.
I tried to translate into English what Rabindranath said in one of his speeches. “The royal insignia of Tripura bears the Sanskrit inscription—‘Kila Bidubirata Sarameikam’- Know that valour is the essence. These words are very true. Parliament is not complete in itself, so is commerce not an end in itself; it is valour that is the ideal. It is valour that transcends countries, time and personalities and manifests itself in many ways. Some are valiant in their scholarship, some in their sacrifice; some are valiant in enjoying life, while others in following the path of truth”. These profound words of the poet best explained the transition from ruthless warriors to natural artistes within the ancient Manikya Dynasty of Tripura. Though the royal motto still held true; it was in a different context. The Manikyas were now expanding the horizon of their kingdom through literature, art and culture.
About the author: Jishnu Dev Varma also called Jishnu Deb Barman, is an Indian politician from Tripura. He is currently serving as Deputy Chief Minister of the Indian state of Tripura. The above is an edited excerpt from his unpublished book “ Master of Time” by Tripura CM Jishnu Dev Varma.
advertisement