News
Perspective
Will the COVID-19 Pandemic Restart and Revive the Indian Economy?

Will the COVID-19 Pandemic Restart and Revive the Indian Economy? 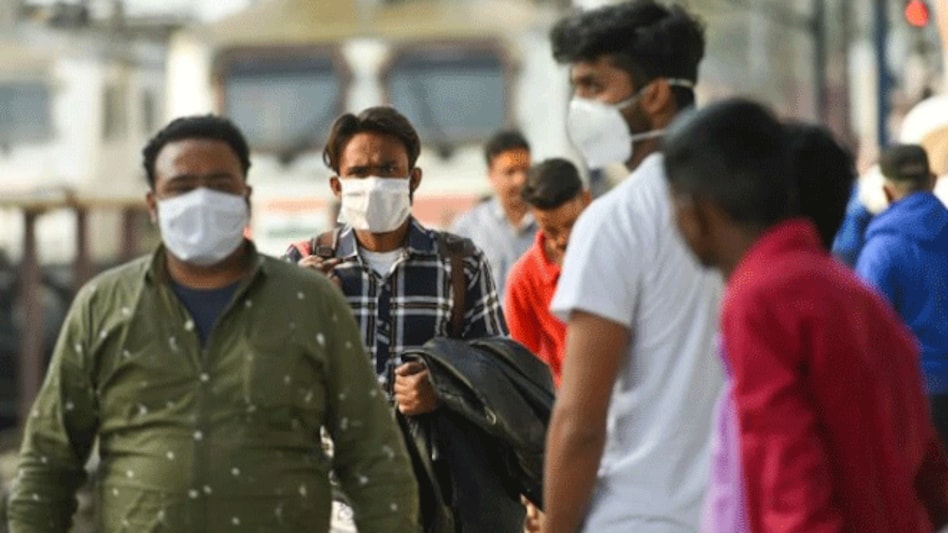 With the Pandemic rolling in every nuke and corner of the world, attacking every human possible and leading them to burial grounds, it seems like the economy is about to be buried soon too. However, there are many researchers of economy who believe this pandemic crisis could transform the Indian economy for good.

As of now, major economies are in lockdown. Industries are shut with minimum essential services rolling down the streets of the country. Jobs are almost nowhere to be found, with every citizen stuck behind the doors and windows. Productivity has almost come down to zero in some sectors such as tourism, aviation and sports events.

Governments across the world are putting in money in the economy for the survival of their countryman. With trillions of dollar being splashed out on workers and businesses across the world just with the sole hope of saving the human resource as much as they can for the post revival of the pandemic.

SHIFTING BASES OUT OF CHINA:

China has been an economic darling for the last 40 years but the balance of the economic power is quietly shifting as we are witnessing. Some developing economies are already taking some of China’s manufacturing processes. And who knows, we might be witnessing the creation of the world’s next economic superpower right in front of our eyes.

In 1970 a communist country started shifting their bases of its economic policy towards capitalism and within a span of 40 years, by 2010 one –third of all the world’s goods are manufactured in China. Chinese workforce who was earning $150 a year in 1990 is making $13,500 a year presently, an enormous rise of 8500%. This means the cost of manufacturing was slightly growing in china which further affected their manufacturing sector and later forced them to decrease their output by 2% in 2016.

After Trump came to power in 2016 he tried to threaten China by changing the “One China policy” if the latter doesn’t provide better deals in trade, at that very time USA-China trade was expected to be $600 billion on which the USA was consuming half of the trade as a deficit. And since then a trade war was invoked which resulted in a decrease in 7% of exports of China to the US in 2019. With black clouds of the Chinese tech sector covering the globe, Governments around the world are forcing Chinese tech giants to move out of their country which was lead by the western world mostly by the US.

Consequences of the trade war had left Chinese companies with a unhealthy  imposition of tariff over $250 bill. Also, Trump threatened many American Companies to shift their manufacturing facilities out of China as a part of survival. And because of that many companies of other developed nations whose manufacturing facilities were in China started to leave. Companies such as Apple, Nintendo of Japan had decreased their manufacturing output in China by 50% while the Chinese Government forcefully trying to hold them with incentives.

The USA didn’t stop on that, instead, they ahead one step further while arresting the CFO of Huawei and also banned Huawei from operation in the United States. Huawei, being the 97th most valuable brand as per Forbes and a subsidiary part of the Chinese Military had allegations of spying through their devices. Further, Google banned Huawei from using their Android operating system and Japan’s Softbank and Panasonic has also suspended their business with Huawei.

Indian Government has warned its citizens against using the Zoom app (Chinese Application used for video conferencing) as many cases of harassment and abuses has been reported on the New York Times. There are many outsourced reports of spying through zoom by Chinese Government agencies and their team of hackers.

As reported in Crux, South Korean giants such as Hyundai Steel, POSCO have already started shifting their bases out of China and viewing India as their next base. This gives India a strong opportunity to counter China as an alternative. The Indian Government has come up with new schemes worth Rs 48,000-cr to boost the electronic production which will create 20 lakh jobs by 2025.

Since China remains the leader in the manufacturing world, once the pandemic rose out of Wuhan causing many Chinese manufacturers to shut down their factories, many countries started to run out of essential goods that they needed. This shows how the world relied upon China for every single commodity with no backup plan. Medical equipment such as masks, ventilators, and gloves has fallen short as China, being the leading manufacturer of medical equipment, was observing complete lockdown. Every commodity that we use, is directly or indirectly manufactured in China.

So, small industries of various nations engaged in tech, fashion or drugs have reported their inventories imported from china were delayed by months. And this was the final nail in the coffin as many countries and MNC’s started changing their manufacturing and import strategies as they have realized that they are putting most of their eggs in one basket and relying on one nation to run their business properly. A few days ago Japan offered its firms a whopping $2.2 billion to shift their manufacturing facility out of China and diversify its investment in various other Asian Nations and Japan. A recent study by researchers based in Tokyo reported that 37% of 2600 companies are planning to shift their manufacturing facility (entirely/partly) out of China. Now the bigger question is, as any companies are willing to shift their bases out of China, which possible country are they looking for as investment?

Well here is a country having upstanding diplomatic tie-ups both with the west and the east and that’s India. A republican democracy with transparency unlike China is the fastest growing economy as per GDP in Purchasing Power Parity. And the only successful country in the world to lift out 300 million people out of poverty in the last 18 years. Well with half of the country’s workforce are somehow attached to the agricultural sector, Indian is the second-largest cell phone manufacturer in the world as of 2019. India’s rankings has continuously improved in “Ease of Doing Business” over the years also the country had  succeeded in building a Dedicated Corridor for faster movement of freight.

The brightest part India has besides the poorer infrastructure is the younger workforce and low cost of labour and that has made India the most attractive place for some companies to take the risk and manufacture their products.

DESIGN OF THE NEW ECONOMIC WORLD:

Mariana Mazzucato, founder of the Institute of Innovation and Public Purpose (IIPP) and a professor at University College London in economics says Government should come in and help companies of all sizes with their bailout packages and bring conditionality but not in a punitive way. So that the public Investments today can carefully build a fairer economy that we want for the next 10 to 20 years, as we are recovering.

The government must learn from the mistakes made in 2008 during the global financial crises. During that time bailouts were made so to reap the benefits of the profits once the crises get over. Instead of laying the foundations of a robust economy, this is a most precious time for the Governments around the world to design to their economy as more inclusive and sustainable.

Recommendations to Governments as they are on the upper hand, use this period of crises in formulating good policies, good contracts, which will guarantee a positive change in the system.

Let’s just go back and think like the old way, how age-old policies of the economists shaped today’s world, now its time for active co-shaping and co-creation of the economic policies.