Sherpa also underlined the fake documents to be checked and further highlighted discrimination in maternity leave among regular and Adhoc employees. 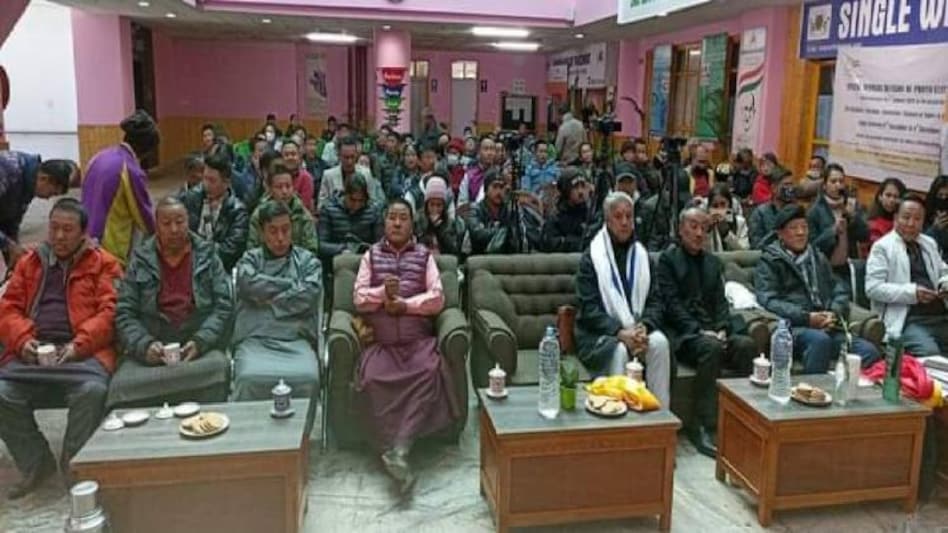 Passang Gyali Sherpa while addressing the function said, ''Our youth have been misguided in the lure of money even the people always expect to have their dream home to be made by the government and the days are not far that our offspring will have to depend upon government for two square meals''.

He highlighted that maximum benefits are gained by outsiders in terms of business and tourism which should be stopped.

Sherpa also underlined the fake documents to be checked and further highlighted discrimination in maternity leave among regular and Adhoc employees.

''There has been back door entry in employment under nepotism and favoritism by the government,'' he added.

Sherpa also informed about going against the hydel power project in Dzongu as stated by one of the SHGs representatives from Dzongu.

In his speech, chief patron, Tseten Tashi Bhutia offered wishes to everyone for the Golden Jubilee Celebration of the 8th May Tripartite Agreement and said, ''All that we are protected by article 371F''.

He also warned the government to withdraw the formula of 8 per cent reservations for BL Seat in the Panchayat election and underlined the violation of the 3056 act.

Bharat Basnett further highlighted the importance of the Sangha Seat in Sikkim which was initiated by King Tashi Namgyal.

''We should not compromise our land and soul in politics,'' added.

Commenting over the Sikkim Darjeeling merger, Basnet said that the said merger is next to impossible for Sikkim.