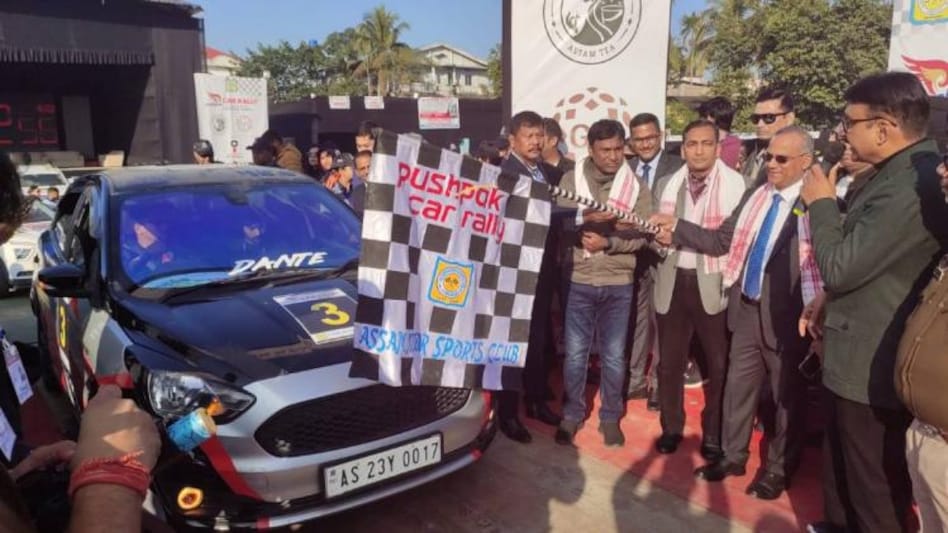 The 11th Pushpak car rally, one of the biggest motorsports events, was flagged off on January 8 at Chaliha Nagar sports ground in Assam's Tinsukia city.

The rally has been organized by Assam Motors Sports Club at Chaliha Nagar where a total of 80 participants from different parts of the state participated.

The 121 km rally, was organized by the Assam Motor Sports Club in the memory of Late Purushottam Agarwal, the founder of its official sponsorer Pushpak Travel Agency.

“The challenge is for the participants to stay on course and be on time by following the route instructions given by us. If the team manages to precisely maintain the average assigned speed along the route and match the rally master’s ideal time, then it will be the winner,” said Sanjay Khaitan, Rally Master and Secretary of the club.

Giving further detail Rabinder Gupta, Route Coordinator, said that according to the rules, a competitor will be awarded 20 penalty points for every early or late minute and 1 penalty for every second early or late.

''The winner will be the competitor with the least penalty points,'' said Gopal Sahu Chairman of the event said.

Rajoo Agarwal, chief rally coordinator said that along the route, there will be 9 undisclosed and 3 disclosed time controls with marshals who will note the time of each competitor.

''The goal is to travel the correct route at the correct speed and arrive at unknown Checkpoints in the middle of the route precisely on time,'' said Sandip Jalan, Chief Marshall.