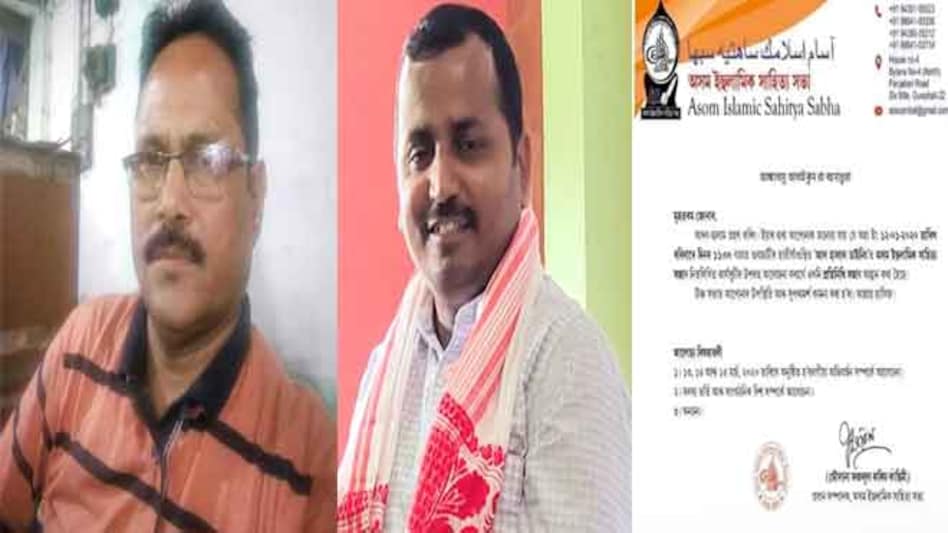 The announcement of the formation of the Asom Islamic Sahitya Sabha in Assam had stroked a major controversy and many indigenous Muslim organizations are opposed to the formation of a literary society based on religion.

Speaking with Inside Northeast, All Asom Goriya-Moriya Desi Jatiya Parishad president Hafijul Ahmed, opposing the formation of the sabha, said, “Assamese community was not formed on the basis of religion, it was formed by the union of indigenous tribes and community who are living in the state. This is a conspiracy against the indigenous Muslims of the state to demolish their identity and push them into deep darkness. An anti- Assam force is trying to separate the Muslims others...”

“The indigenous Muslims are an inseparable part of the Assamese community; we have been living with all. There is no need for any such Sahitya Sabha based on religion as it is causing a threat to the age-old socio-cultural and linguistic unity of the people. The indigenous languages can be endorsed, but religion-based Sahitya Sabha will lead to a rift in the society,” he added.

Lamenting that the idea for Islamic literary body is an indication of radical forces trying to make its presence in the state, Hafijul Ahmed said, “A religious leader with surname Quasimia has been leading the movement through which we can understand that an anti-national, anti-indigenous force is trying to divide the Assamese society in the name of religion.”

On the other hand, All Asom Gariya Yuva Chatra Parishad has also condemned the formation of the Asom Islamic Sahiya Sabha in the state.

ALSO READ: 2 Assam Actors to Debut in Bollywood with 'Bunker'

Meanwhile, All Assam Minority Students’ Union advisor, Azizur Rahman said, “We already have the Asom Sahitya Sabha, so whoever is willing to discuss literature, can approach it. We don’t feel the need of a separate Sahitya Sabha in the name of Asom Islamic Shatiya Sabha.”

Rahman stressed that if there is a need to spread theological knowledge to the Islamic communities, it can be disseminated through the existing bodies rather than forming a new body based on religion alone.