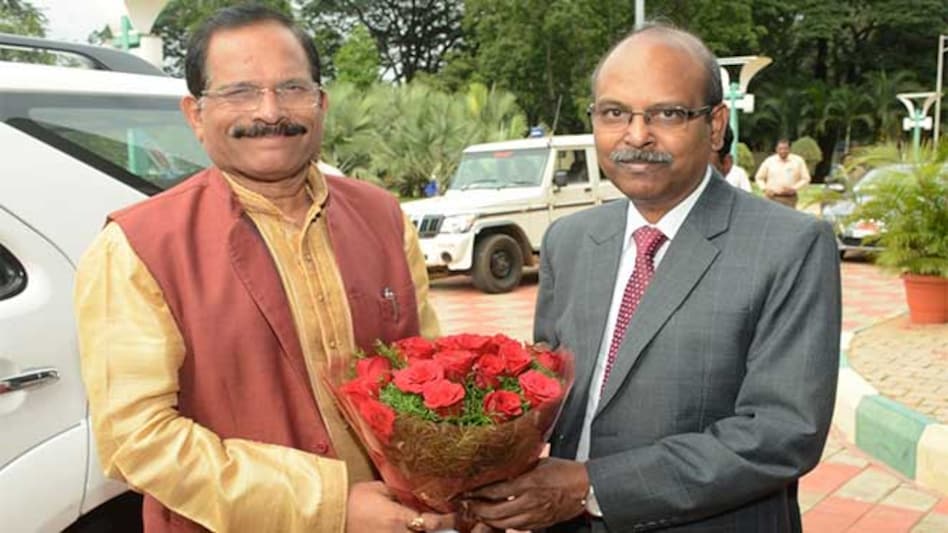 Raksha Rajya Mantri, Shripad Naik visited the Bangalore Unit of Navratna Defence PSU, Bharat Electronics Limited (BEL) on Thursday to inspect the works being undertaken at some of the facilities of the unit.

It is to be mentioned that BEL proposes to expand its manufacturing facility to 200 MW in the coming years.

The Military Radar outdoor facility, which has the Schilka Upgrade (Gun & Fire Control System) and Weapon Locating Radar, was also inspected. Additionally, Naik also reviewed the progress at the Near Field Antenna Test Range, which is a measurement facility for calibrating and measuring the performance of any type of antenna.

The real-time operation of Naval Systems – Coastal Surveillance System was also shown to the Raksha Rajya Mantri. The vast coastline of India is installed with Coastal Surveillance System supplied by BEL to the Coast Guard. The Chain of Static Sensors installed over the coastline of India is networked to present common operating picture at the command and control centres.

Earlier, Shripad Naik was given an overview of the working of BEL by Director (Bangalore Complex) Vinay Kumar Katyal, who explained the performance of the Unit, its manufacturing facilities, major products, CSR initiatives and steps taken towards sustainable energy.

The Raksha Rajya Mantri expressed happiness with the performance of BEL-Bangalore and asked them to continue the good work. Chairman and Managing Director of BEL M. V. Gowtama, other Directors of BEL and CMDs of HAL, BEML, and MIDHANI were also present.

Join us as we continue the awareness campaign to preserve the only Ramsar site in Assam which is facing immense threats (A Ramsar Site is a wetland site designated to be of international importance under the Ramsar Convention). We need your help to preserve this site of great ecological importance. Join the #LetsSaveDeeporBeel campaign and tweet about it, and do tag us on Twitter. Let’s make some noise!